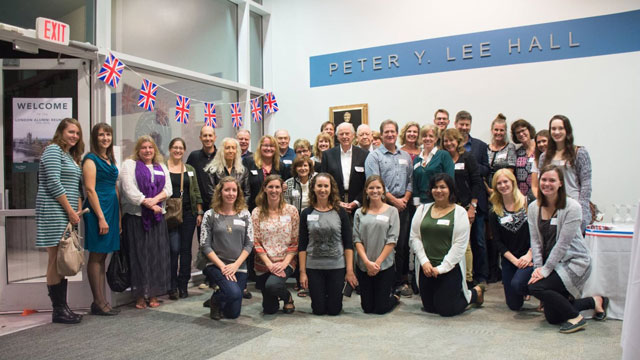 The Cal Poly International Center learned of the passing of Dr. Jon M. Ericson, former Dean of the Cal Poly College of Liberal Arts (formerly the School of Communicative Arts and Humanities) and a founder of Cal Poly’s hallmark study abroad program, Cal Poly in London. The London Studies program was initiated in the 1980s as Cal Poly’s first campus study abroad program offering. Dr. Ericson stated about the program: “The London Study Program prospered, became the largest study abroad program in the country, served over a thousand Cal Poly students, involved over a hundred faculty, and served as a model for many other programs. And these opportunities were made available, in many cases, to students from rural areas who had never been out of California, some who had never been to Los Angeles.” Dr. Ericson and his wife established the Jon M. Ericson Founders Endowment for the London Study Program in 2000 to provide scholarships for qualified students with financial need to attend the program. Please join us in commemorating Dean Ericson’s legacy by contributing to the Jon M. Ericson Founders Endowment for the Cal Poly in London Program.